A while ago I talked about going gluten-free. I’ve continued to vacillate over gluten, frequently debating with myself whether it makes a difference in how I feel day-to-day, and never really coming to a conclusion. Then my daughter started suffering from frequent stomachaches. However since it was the year of the debilitating stomach-flu and she does have a propensity to worry, I kept thinking perhaps those were the culprits behind the complaints. But then she threw up in school. After eating snack. And a classmate slipped in it. (Yeah, disgusting. He cried, she didn’t.) That’s when the clouds parted and the pieces fell into place, each time she ate food with gluten she got a stomachache. Sometime a little gassy ache and sometime a big barfy ache, but an ache nonetheless. I did a little gluten elimination experiment, and she felt great. I concluded my experiment with a celebratory grilled cheese on regular bread and guess what. Bellyache. She is now officially a gluten-free girl.

It’s pretty easy these days to find tasty and inexpensive gluten-free options at the store and more and more packaging is including “Gluten-Free!” on the label, making it all the easier to shop. But I have to say that when it comes to breads and baked goods the options are a bit bleak. I was recently gifted a andwich bread and bagel recipe from a co-worker whose daughter is celiac (I’ll share them after I make the recipes a few times) but I was on a mission to find a recipe for something that seemed indulgent and treat worthy. Hello donuts!

Since I’d already conquered Chocolate-Beet Donuts and Baked Cinnamon Spice Donuts I thought revisiting those recipes was a good place to start. While chocolate is always a fan favorite the extra moisture from the beets, coupled with the nontraditional flour, made recipe conversion tricky. The spiced donuts however were begging for a re-do, and so I re-did. Behold… The best homemade baked gluten-free donuts guaranteed NOT to make you barf. You’re welcome.

Gluten-free Cinnamon Spice Donuts
These are the best donuts. Seriously. Gluten and guilt free deliciousness in one good to go package. 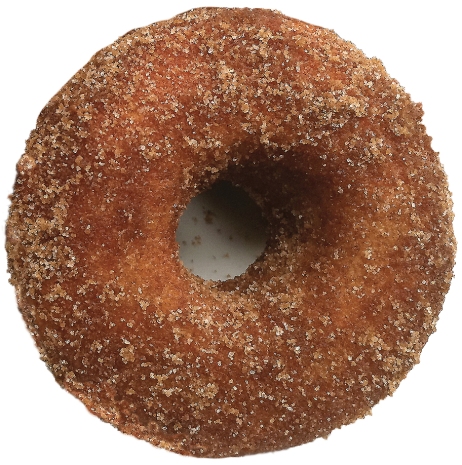